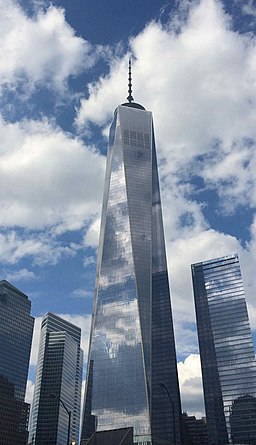 One World Trade Center is a well-known skyscraper in New York City, which was built near the place where a pair of skyscrapers of the World Trade Center were located until September 11, 2001. After the tragic crashes of planes controlled by terrorists, the face of this place changed forever.

The final stage of construction was the installation of the antenna mast, which was carried out on May 10, 2013. With a total height of 541.3 meters (or 1776 feet, a number that refers to the year of the Declaration of Independence), the skyscraper became the seventh tallest building in the world and the tallest in the Western Hemisphere. There are a total of 104 floors in the building, of which five are underground.

The grand opening of the building, designed by architect David Childs, took place on November 3, 2014. The construction took a total of seven years.