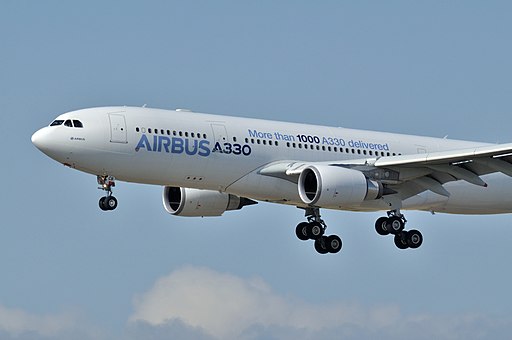 The Airbus A330 is a well-known wide-body aircraft that is designed and operated primarily on long routes. This twin-engine aircraft first took to the air on 2 November 1992 and made its first commercial flight on 17 January 1994. There are two variants of the aircraft in operation, which are different mainly in the length of the fuselage and thus in the number of passengers transported, but also in range. The longer A330-300 (63.6 meters) has a range of 10500 kilometers, while the shorter A330-200 (59 meters) can fly up to 12500 kilometers without refueling.

There is also a pure cargo version with the designation A330-200F or the air tanker A330 MRTT.