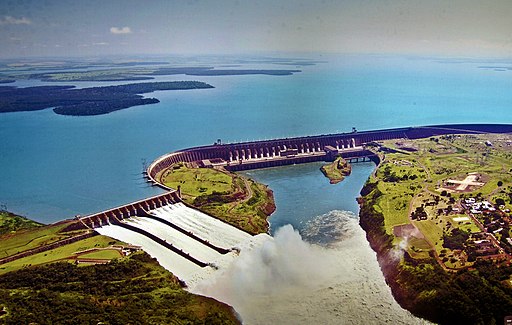 Itaipu is located on the Paraná River, specifically on the very border of the countries of Brazil and Paraguay. It was built and also operated by a multinational company, not one of the above states. The first construction work was carried out in 1975, and everything was completed quite quickly, in 1982. In this year, the filling of the water reservoir, so important for the proper functioning of the work, began.

The dam of this amazing waterworks is 7919 meters long and 196 meters high. For the production of electricity, this work uses a total of eighteen generators, each of which has a power of up to 730 MW. In total, this means that this power plant can produce more than 75 TWh of electricity every year. It is therefore not surprising that the power plant can cover up to 90% of the consumption of the whole of Paraguay, as far as the much larger Brazil is concerned, it is there and 15% of consumption.