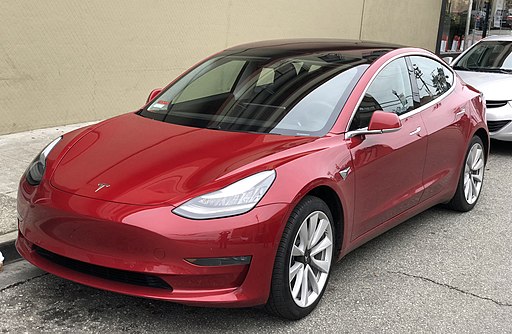 The Tesla Model 3 is currently clearly the best-selling electric car worldwide. In terms of dimensions and parameters, the comparison with conventional cars ranks in the middle class. The model began mass production in 2017 in Freemont, California, today it is also produced in China in Shanghai and more Gigafactory is planned.

It is available in a sedan body variant, and compared to other Tesla models, it is also designed for mass sale in terms of purchase price. There are three versions of the battery capacity on sale, namely 50, 62, 75 and 82 kWh.

Depending on the specific version, the range on a single charge is in the range of 350 – 560 km (220 – 348 mi) according to the WLTP methodology. As the first mass-produced vehicle, it allows charging the battery with a power of up to 255 kW. The Supercharger V3 can be recharged in 5 minutes with a range of up to 120 km.